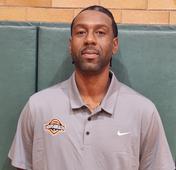 Coach Anthony is always striving to get the most out of his players. He focuses on developing fundamentals as well as a tough defensive mindset. With a vast basketball background including playing college, professional, and also coaching at the college level Anthony has committed to giving back to the younger generation. He wants to help each student reach their basketball goals. With both playing and coaching background, Anthony has deep ties to both the Chicago and regional recruiting scene.