​At a young age Brendan had a passion for basketball and the game was always in his family. His grandfather, Manny Begun, played basketball at Crane HS. His father, Bradley Kolton, was a top five scorer in Chicago and an All-City player at Bowen High School. He would earn a D-1 basketball scholarship to NIU. Brendan grew up in Winnetka and attended North Shore Country Day School where he starred on the basketball team. At a young age Brendan learned how precious health is as he was diagnosed with Diabetes Insipidus. In Junior year of High School complications with his condition got so bad he ended up in a coma. Finally finding the right regimen for his condition Brendan was back on his feet and his perseverance never stopped. Chicago Sun Times Article / Speech at North Shore Country Day HS

He bounced back senior year to earn many honors in school and on the court. He values how important it is to take care of your mind and body. Healthy eating, yoga/tai-chi, and meditation are big parts of his life. After High School he continued his basketball endeavors by earning a spot as a walk-on for DePaul’s basketball team but an injury early in the season kept him from participating. He would go on to play ten years of Summer Pro-Am basketball, and has trained under numerous decorated basketball coaches and trainers. Brendan graduated from DePaul University and founded Hoops4Health. He stresses fundamentals and hard work. Brendan is also very much a student of the game. Experienced in coaching teams and personal basketball training fundamentals (dribbling, guard/post work, rebounding, passing, defense, Shooting analysis, speed/agility/conditioning, and read and react game situations.) Has been instrumental in the development of kids and teams of all ages and skill levels. He studies regularly the X's and O's of basketball to build upon his coaching expertise. He released his own instructional DVD and is also a certified Ganon Baker Basketball Coach/Trainer while also attending multiple Nike coaching clinics over the years learning from the likes of Brad Stevens, Jim Boheim, and Bobby Knight to name a few.

​Brendan has become a fixture in helping players achieve their dream of playing college basketball. Currently Brendan has guided over 25 players through the process of recruiting with eventually becoming college basketball players. Over the last 10 plus years he has built a solid college coaching network. He works with the player to situate a recruiting plan and the step by step recruiting process. He helps the player find the right fit school to continue being student/athlete at the next level. 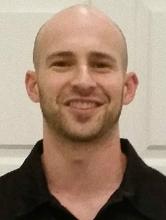