Coach Imari bring an extensive basketball playing and coaching resume. He is a Chicago basketball legend. He believes that first its about having fun and a love for the game. From there, its all about hard work, learning the game, and being a great teammate. His basketball journey has taken him full circle from a high school start, D1 and professional player, to giving back to the next generation of players. 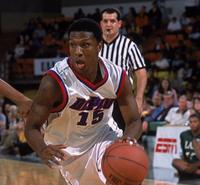