Jeremiah came through Hoops4Health as a player and now has come full circle as a coach. He has a gift to coach and is great working with players of all ages. He always bring high energy when he coaches and makes the game fun to learn. Great at teaching the fundamentals and building good basketball habits. His story is an inspirational one to all players. He started basketball later. His first team was with Hoops4Health in 7th grade. Newer to the game he had to work that much harder to catch up. Through hard work and discipline he worked his way up into making his high school team. He also eventually made the 16U and 17U National Hoops4Health teams. He capped off his AAU career going 30-10 and being on one of the top teams in the country. He then completed his dream of playing college basketball. 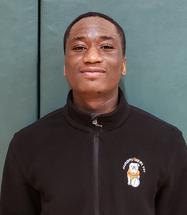