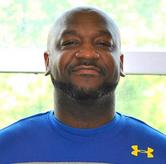 Coach Marlon London has been a mainstay in basketball since his days as one of the top high school recruits out of Illinois. He went on to play for Kansas and DePaul. His journey continued as a professional player overseas. After his playing days Marlon developed a great passion for coaching. His dedication to the game has helped him give back and be mentor to the next generation of players. His focus is on understanding basketball IQ, hard work, and skill development.